The ‘Asia-Pacific Model European Union – European Council Simulation’ is designed to familiarize students with the framework and procedures of international negotiations. It presents the participants with a unique chance of taking part in a simulation of European Council (European Summits) meetings and thereby gaining ‘hands-on’ experience in preparing for and conducting multi-country political deliberations about current real-life issues. In the process, the students also study the political, economic and social backgrounds of European Union member states in a comparative perspective. The simulation systematically encourages peer learning. The negotiations include three levels of bargaining: interpersonal, national and international, as participants are acting as Heads of States/Governments and Ministers of Foreign Affairs of all existing EU member states, required to reach political consensus at the end of the simulation. 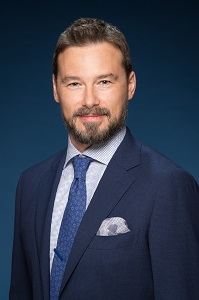 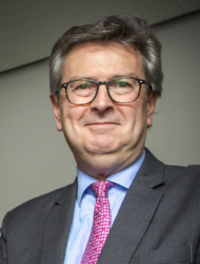 Dr. Mathew DOIDGE is a Senior Research Fellow at the National Centre for Research on Europe (NCRE), University of Canterbury, New Zealand. His research interests include EU external relations, regionalism and interregionalism, development, the development policy of the EU, and Europe-Asia relations. 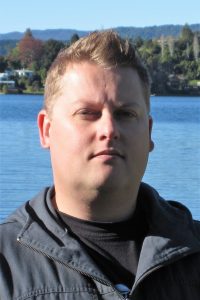 Dionysios STIVAS is currently a Ph.D. candidate at the Government and International Studies’ Department of Hong Kong Baptist University. He holds an M.A. in European Union International Relations and Diplomacy from the College of Europe, an LL.M. in European Law from Maastricht University, and an LL.B. in International Law from the University of The Hague. Before commencing his Ph.D., he worked as a legal consultant for the OECD in Paris and offered his services to the Media and Communications Department of the Court of Justice of the European Union. His research interests focus on the European Union and include security, securitization, migration, and European integration. 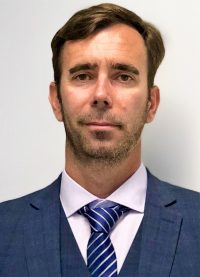 Description of the project

The ‘Asia-Pacific Model European Union – European Council simulation’ is an innovative project based on a well-structured and already functioning platform designed by the EUAP HK. The original HKMEU 2013 was the first of its kind, simulation exercise in the history of higher education in Hong Kong. Similarly the APMEU 2015 was the first organized at a regional Asia-Pacific level. As such these exercises explore new angles of teaching and combine the spread of EU expertise with an out-of-the box pedagogical approach. Specifically, each simulation exercise culminates with a two-day conference (EU Summit) where participants act as Heads of States/Governments and Ministers of Foreign Affairs. Their aim is to achieve a set of conclusions on a particular topic. HKMEU 2013 addressed the issue of the EU’s Agenda 2020 with reference to energy and environment (http://euap.hkbu.edu.hk/main/events/simulation-hong-kong-model-european-union-2013/). HKMEU 2014 addressed the issue of a cyber security strategy of the EU (http://europe.hkbu.edu.hk/euap/hkmeu/ ) whereas APMEU 2015 tackled Ukrainian crisis. HKMEU 2016 looed at EU counterterrorism strategy (http://euap.hkbu.edu.hk/main/events/hong-kong-model-european-union-2015/). The next APMEU 2016 will look at a specific issue that presents a particularly outstanding challenge to EU now and is likely to do so in the future (like immigration crisis or Brexit). Apart from, introducing an innovate approach to tertiary education in the region, the exercise helps to dissolve EU related knowledge in not only specific matters but also more general sense since every final conference  is preceded by a number of trainings and self-study materials that refer to the organization, governance and functioning of EU in international relations.
The APMEU will therefore enable participants to demonstrate practical understanding of negotiation processes at an international level and identify and explain major elements of European Union governance and joint decision-making. By the end of the project, students will be able to demonstrate sophisticated research skills required for preparing negotiation positions and present high-level political positions and considerations in an international decision making context. As regards attitudes students will be able to appreciate the complexity and interconnectedness of international negotiation processes as well as the need for consensual decision-making.
At the same time, designed as a regional exercise, the project helps the regional exchange of students and staff of EU-focused academic institutions in the Asia-Pacific region. It provides a rare opportunity for participants from numerous countries/economies to meet their peers and interact in a new transnational environment.

Asia-Pacific Model European Union – European Council Simulation will implement ‘innovative practices as well as explore new angles in spreading knowledge about European Union as an institution. The major aim is to make EU an interesting course offered for university students though a hands-on approach. All participants of the APMEU will be provided with a set of self-learning materials available to them on a special intra-university platform (in case of HKBU we use Moodle). Students will have access to (among others):

There is going to be organized a series of webinars that will serve as tracings for the participants to prepare them for the final conference.

Background and rationale of the proposal

The ‘Asia-Pacific Model European Union – European Council Simulation’ is designed on the basis of Hong Kong Model European Union (HKMEU – http://euap.hkbu.edu.hk/main/events/hong-kong-model-european-union-2015/ and https://zh-hk.facebook.com/HKEUAP) which has already been conducted three times in Hong Kong. HKMEU is a flagship outreach activity under the auspices of the European Union Academic Programme Hong Kong (http://euap.hkbu.edu.hk/main/). As an interuniversity course, HKMEU runs over a period of 12 weeks. It includes a series of workshops and a final two-day conference – European Summit Simulation. It is addressed to undergraduate and postgraduate students of four different local universities who are members of the consortium behind European Union Academic Programme HK, namely: Hong Kong Baptist University (HKBU), University of Hong Kong (HKU), Chinese University of Hong Kong (CUHK) and Lingnan University (LU). The exercise is coordinated and conducted by Hong Kong Baptist University. HKMEU involves cooperation with the European Union Office to Hong Kong and Macao (EUO – http://eeas.europa.eu/delegations/hong_kong/about_us/internal_organisation/index_en.htm), whose first Counsellor and Head of Political, Press and Information Section, Mr. Asad Beg, acted as President of European Council during the two-day conference for years 2013 and 2014. The EUO also hosts one of the training sessions in the EU office. Based on the recurring success of the simulation Hong Kong Baptist University decided to turn the extra-curricular exercise into a regular, credit-bearing course offered as a major component of the newly designed European Studies Minor at the Department of GIS, effective as of January 2015. This year sees the fourth iteration of HKMEU, this time as a regular course and an inter-university EUAP exercise combined.
Building on this experience HKBU, staff together with the Waseda Institute of EU Studies Prof. Paul Bacon, have agreed to jointly set up the Asia-Pacific Model European Union 2015 (APMEU2015). The EUAP Hong Kong provided the full concept of the regional Model European Union (including most of the materials) and conducted the simulation, while Waseda was responsible mainly for local organizational matters.  The first APMEU, which took place on 24/25 January 2015, proved a great success. Apart from Hong Kong and Japan, delegates from New Zealand (University of Canterbury), Thailand (Chulalongkorn University), China (Fudan University) and the UK (University of Kent) participated.
It is hoped that once established, APMEU will take place every year and serve as a higher-level exercise in addition to national/local Models European Union (MEUs) in the region. The second APMEU (2016) is planned to take place in April 2016 in Hong Kong. In the future, the APMEU could serve not only as a convenient competition stage much like the Harvard Model United Nations exercise but also as a platform of cooperation between universities in the Asia-Pacific region.

The final conference is designed last two days and be chaired by Head of Press, Political and Information section of the EU office to the hosting country. Mr Asad Beg from HK office played this role years during final conferences of HKMEU 2013 and 2014. This gives the participants a unique chance to be exposed to interaction with a real EU diplomat as well as adds to the professionalism and reality taste of the exercise.

Using channels established for HKMEU 2013, 2014 and 2015 (as described in the project description) the organizers hope to highlight the profile of the Hong Kong Baptist University in general and the Department of Government and International Studies in particular as well as European Union Academic Programme Hong Kong. It is hoped that once established, the APMEU will become a distinguishing feature of HK tertiary education and a platform for cooperation and network-building in the region for future cooperation. Through taking part in APMEU students will have a chance to experience innovative learning, make contacts and have a closer look at international decision-making processes. It is believed, based on feedback so far, that they will also continue their academic interests towards EU and Europe. Finally, all materials produced towards APMEU and during the exercise, will be made freely available to the public at large and used for promotional purposes in HK and partner countries in the region.

So far, Dr Sliwinski, the leader of the project, has delivered four presentations and seminars based on the project:

Research has also been done in cooperation with other academics from HK and NZ based on the project. An academic research paper has been accepted by a top journal:

For his work on MEU Dr Sliwinski has been recognized by his home University. He has received two teaching awards: President’s Award for Outstanding Performance in Teaching 2016-17 and Faculty Award for Early Career Academic (Teaching) 2015-16. He was also nominated by the Hong Kong Baptist University for 2017 University Grants Committee, 2017 Teaching Award.